Incredible Hotel Names from Around the World What’s in a name? Quite a lot, as it turns out. Businesses, hotels included, spend a lot of time and money searching for the perfect name—the name that will attract customers, instill trust, and inspire loyalty. Sometimes they are spot on and sometimes, well, they miss the mark. From the obscure to the morbid, to the just plain wacky, here are some incredible hotel names from around the world.

Blow Up Hall 5050 is the kind of place that after your stay you will wonder if it was all a dream. This ultramodern mostly monochromatic hotel-cum-art-installation has no reception area and no room numbers, but that’s okay because there are no room keys anyway. Guests become part of the artwork in an odd game where instead of choosing a room, the room chooses you. The origin of the name? Michelangelo Antonioni’s 1966 cult fashion photography-murder flick Blow Up. 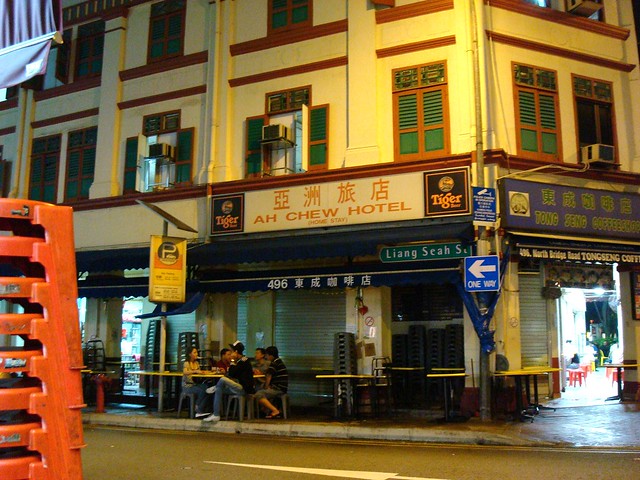 Gesundheit! This backpackers’ hotel in Singapore is described by Lonely Planet as a “dusty old flophouse [with] a certain dingy charm.” The street is busy, the beds are cheap, and the nearby restaurants serve weird and wonderful Southeast Asian cuisine. You might not get a great sleep, but you will definitely be in the heart of it all.

You can check in, but you might have to be wheeled out. Morgue Hotel is the brainchild of Tasmanian businessman Hadyn Pearce, who bought the morgue of an abandoned 1950s psychiatric hospital with plans to turn it into a hotel, complete with dissecting tables and surgical equipment. No word on when the hotel will open, but as Pearce reportedly told ABC, “I don’t believe that there is another morgue in the world for accommodation.” There may be good reason for that: apparently early test audiences ran away screaming.

I think we can all agree that resisting bacteria is a noble vacation goal, but is it so rare as to be considered a hotel perk? This “weird hotel name” favorite is located in Kashgar, a culturally rich and important trading spot on the ancient Silk Road. Go now, as this historic city is slowly being destroyed in the name of modernization. 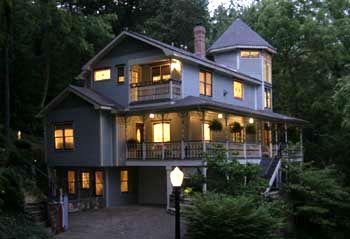 Step back in time at Arsenic & Old Lace Bed and Breakfast, which is in a Queen Anne Victorian style home in the Ozark Mountains. This luxury inn located in historic Eureka Springs, Arkansas, consistently receives 5-star ratings and outstanding reviews for its rooms, food, and gracious hosts. One warning: Don’t drink the elderberry wine.

The Controversy Tram Inn is a Dutch bed and breakfast built from old railcars by Frank and Irma Appel, a couple with a penchant for reclaimed retro transportation vehicles. Controversy, the name of the Appels’ property, also features a London double-decker bus (the couple’s home), historic cars, and a MIG fighter jet. Located about an hour north of Amsterdam, the Inn is the perfect place for a unique (and uniquely named) getaway.

Names can describe, entertain, and sometimes just plain mystify, but isn’t the goal of travel to inspire learning, laughing, and wonderment?

A Traveler’s Guide to San Antonio

What to Do, See, and Eat in Houston